Following last week’s article about the boomerang deal, we have had another deal come right back to us.

It had been secured by someone then that person had been gazumped with a lock out agreement.  The second buyer then did a U turn, after having gazumped the previous buyer.

Many would be worried about the fact this deal has been through two hands and not proceeded with.

It is common for a deal which has been through too many hands or been too long in the market, to lose its shine.  Many buyers assume there must be something wrong with it.

This is based purely on assumption and perception.  This is actually how the market works.  Investors generally think for a deal to be a deal it should get snapped up, and if it doesn’t go very quickly it tends to start to smell, of something not quite right.

The flat we have secured is in W2, it is a probate and it needs complete refurbishment. It’s in a purpose built block, therefore there is less likely to be something wrong with this flat, as this flat is one of many in a fully managed block.

The flat looks, smells and feels like a true probate flat.  Given the age of some of the items, I’m sure there’s scope for making some beer money via an Ebay auction.

The lease is short at 52 years.  However, my enquiries have confirmed this is actually mortgagable, even within the vehicle of a limited company.  As time has gone on lenders have become more comfortable with shorter leases, especially as legislation has changed to favour the leaseholder. Once you hold the flat for two years the freeholder is legally obligated to extend the lease.  The premium is worked out using a formula.

It has become a more binary procedure now.  Although there are some tricks to be played with the process, the process is very clearly defined.  If the freeholder fails to respond in time it could prove to be a very expensive mistake.

This was the situation with a flat our client owned in Durham Terrace.  It was a duplex ground and lower ground flat, consisting of around 1,800 sq. ft., on a premier road in Notting Hill.  The freeholder was the council.  When it came to the lease extension, the lawyer who was acting for us, who is a very astute lawyer with decades of experience, knew he was dealing with the council.  Knowing this, he also knew they often drop the ball, and there is a high turnover in terms of staff.  Therefore, he cheekily served the notice at an exceptionally low figure of £15,000.  As predicted the council failed to reply in the allocated time period.  They then proceeded to try and back track.

Our lawyer was having none of this humbug and enforced our position.  This is how we got a lease extension for only £15K.  It pays to have lawyers actually on your side, and especially ones who can look at a situation in a commercial light.

I suspect the same thing will happen with this little deal in W2.  The flat is around 750 sq. ft. and the purchase price is only £475K.  This location has also been earmarked by a report by Knight Frank to grow strongly in the coming years.  This is due to the Qatari money being ploughed into this area, combined with the very little supply of units coming on to the market. 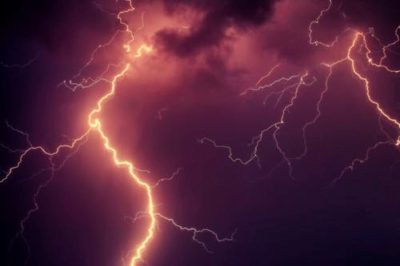