The bidder who won the auction for the plot of land in Harrow, that I wrote about last week, failed to complete the transaction.  Perhaps they got carried away in the heat of the auction.

The property was then offered back to all the under bidders, at this point we lowered our bid to £250K; unsurprisingly, we did not get the contract.

However, this exercise sparked our interest in an existing building in the near vicinity.  We got in touch with the owner, who was of course surprised we had managed to track him down.  There were two owners, in fact they had been former business partners.  The split seemed acrimonious, they wanted to cut their connection which still remained in this freehold property.

The property has been empty for about four years, it is derelict and requires a full refurb.  On the plus side this is a freehold building, which is very close to a station, and ripe for development.

The asking price is £675K; we offered substantially below this number, as the property requires major refurbishment.  The numbers do not work anywhere near the price they are asking.  This is probably the reason why it has been stuck on the market for several years.  If it was priced correctly this would have been sold.

The other issue is the minimum size requirement, even for conversions.  This, I assume, is to get rid of small ghetto like developments.

Previously there was no minimum size for conversions, allowing the developer to choose the minimum square footage of the accommodation.  This makes a lot of sense on one level, as the market ultimately decides whether it accepts the product and at what level.  Imposing a minimum size doesn’t allow developers the freedom to flow with what is suitable for each area.  For example, the closer one gets to central London, the price of each square foot rises substantially, and if utilised and designed well, both tenants and end buyers would be amenable to less square footage.

Imposing a rule like this will make some projects almost redundant.  For example, the minimum square footage for a studio is 37sqm.  What happens if you have a triple floor building with a 35sqm floor plate on each level?

You could work around this, but you would have a couple of awkward duplexes instead of what you should have had according to the nature of the building, which would have been three good size clean studios.

This would also cause certain buildings to be unviable financially, therefore they would remain on the market, redundant in regards to commercial use, and unviable for developers.  Thus, they will languish on the market, until the owners get desperate in regards to selling, or the area comes up in price to justify the price they want to achieve. 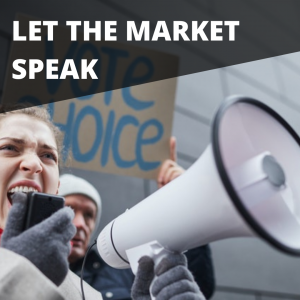