Another horse enters the race

Interesting times currently, I have been told there are many who have simply closed shop in regards to doing further property deals, in anticipation of a further lockdown in the economy, there is more to come they say.

Fewer buyers means less people going for deals, therefore more deals to be had, or so the logic goes.

Property is ingrained in the psyche of the UK population, they intrinsically trust property as a store and upliftment for wealth.

In reality, all that will occur is investors will be choosier about the deals they do and will be more ruthless in regards to price.

This point was well demonstrated this morning when my solicitor got an email from the seller of a building we hold the contracts for to say they had another contract issued, and were putting us on notice.  This means we are in a race.  A few years ago I would have rushed, but not anymore.

The existence of another buyer on the scene need not rush us, let the other party rush if they wish.

We will only be buying on our terms or not at all.

Gazumping normally happens in a rising market where prices increase with time, therefore, if you don’t jump on the train right now you will lose money by jumping on later when prices have increased.

Currently, it is happening to us right now, although the motivation for this phenomenon is different.  There are still only a finite number of good quality deals in the market place.  The choicest ones will be well sought after, therefore there will inevitably be competition.  Even though in the current environment you have investors who have simply refused to even enter the market.

I may have inadvertently let the cat out of the bag when I approached the neighbouring property owner regarding identifying access.

It will be interesting to see where this deal lands later on in this week. 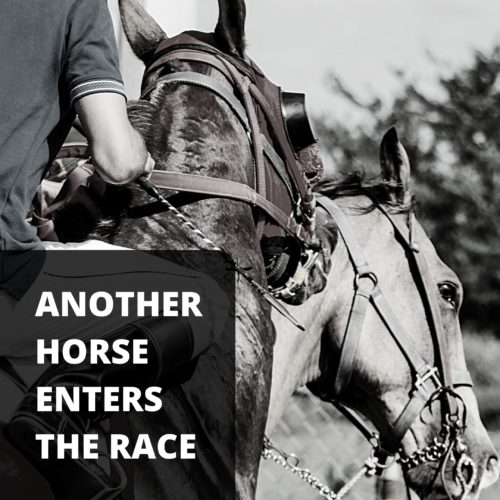